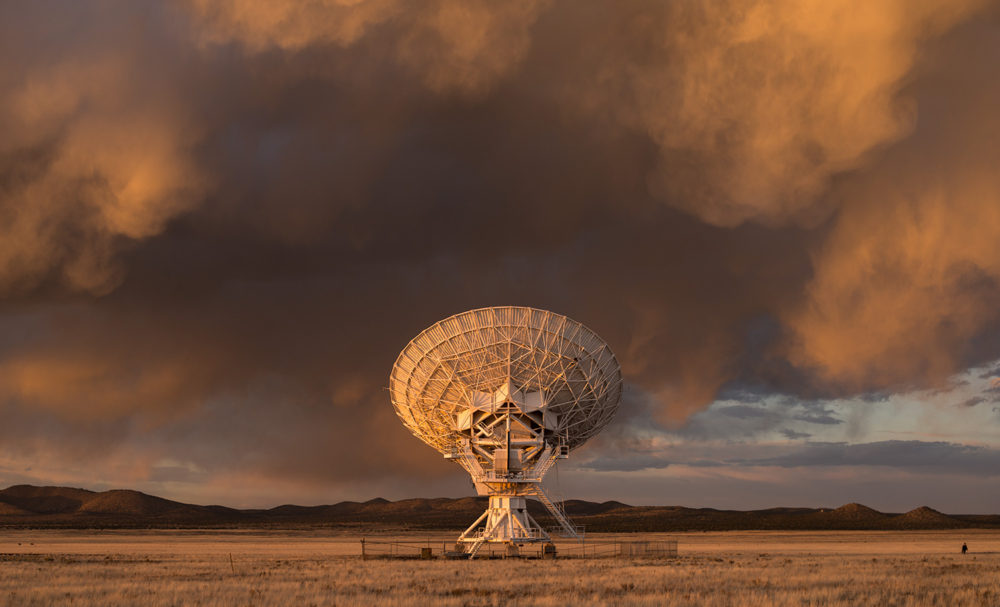 With ten years of experience artistically documenting scientific sites around the world, Light & Noise is currently developing bodies of work on radio astronomy and nuclear history.

Radio telescopes have an incredible, intrinsic beauty. Like gigantic ears listening to emanations from the deepest reaches of outer space and distant past, their slow movements track the sky as though dancing to cosmic music. Often remote and inaccessible, they hide away from the interference of ordinary human civilization, surrounded by a protective barrier of hills and trees that exquisitely contrasts with these forms of mechanized scientific curiosity. Many rank among the largest moving objects on land, precisely marking the boundary between human construction and the natural world.

A defining force of the 20th century, the deep scientific, political, and ethical issues surrounding nuclear energy remain unresolved today. From Los Alamos and the Trinity Test Site to Chernobyl and the Hanford Site, Light & Noise has been traveling to the sites where major events in nuclear history took place.

Printed using digital color techniques, and in uranium, the most essential element in the development of nuclear energy, these images seek to explore and illuminate the places where the invisible energy of radioactivity made its mark on human civilization.